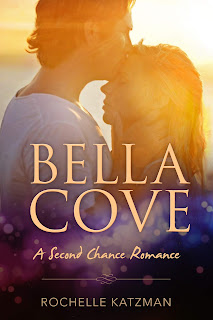 She Gets a Second Chance at Love, But Her Family's Secrets Could Ruin Everything

Kayla Conway is devastated when she is forced to leave her life and her fiancé behind in California to take care of her family. She must return to her hometown of Bella Cove, a small, charming town on Long Island to visit her grandma on her deathbed. Just before her grandmother dies, Kayla promises that she will help put the pieces of her family’s life back together.

But when she makes that promise, she has no idea of the lies, deceit, and betrayal she will have to deal with. The grief from grandma's death brings out the worst in her family.

Two years later, her family is stronger, but Kayla’s passion for life seems to have died the day grandma left.

When her ex-fiancé, Gabe Wademan, walks back into her life—not as her partner, but as her new landlord and neighbor—Kayla feels more alive than she has in months.

But getting back together with Kayla is the last thing Gabe wants—he never forgave her for leaving him so suddenly. He demands explanations for her behavior two years earlier, but Kayla refuses to reveal her family’s deepest, darkest secrets.

So instead, she makes it her mission to show Gabe she’s the same woman he fell in love with back at school—just a little older and a lot less naïve. And if he gives their relationship a second chance, she promises she’ll never leave him again.

But when Gabe gets close to her family, Kayla is terrified that he will discover their secrets. How could he ever trust her again if he found out?

He’s only been back in her life a few weeks, but Kayla doesn't think her heart could handle losing him a second time. Especially since this time it would be forever.

Bella Cove is the tell Kayla Conway's and Gabe Wademan's second chance at love. It is a quaint love story about college sweethearts who were torn apart by life's circumstances. The backdrop for this tale is the charming town of Bella Cove where everybody knows each other. Also, this town plays a very important role in bringing Kayla and Gabe together.

Leading characters in any story can make or break a tale and Kayla makes for a somewhat troublesome leading character (at least for this reader). Kayla is strong, beautiful and sometimes overly caring. She lacked some sass or a least some extra inner strength to not take on the secondary character's issues. While reading, there was an expectation that the heroine would have this grand personality evolution and that she would finally get the consideration that she deserved. Her character evolved (somewhat) but it happened slowly and not in a very satisfying way.

The male lead, Gabe Wakeman representative the typical male for a romance novel. He is handsome, successful, generally liked by everyone he encounters. Unfortunately, I think the relationship between he and Kayla was a bit lopsided and I believe that his character was a bit too rigid. Due to the rigidity, Gabe became the perpetual victim of his behavior, his distress, and his selfishness. His character added to the abuse that the heroine was already experiencing and Kayla calmly accepted it. Though the story did end with a happily ever after for the characters, I would like to see a change in Gabe's sooner so that there could have been more focus on the couple's romance. More focus on romance - less focus on dysfunction or a least make it equal. It the story is going to be sweet like Bella Cove then their needs to be some wining, dining, flowers, chocolate or something other than a distrustful leading male and a leading female that way too accepting of his behavior.

Bella Cove is well written and it showcases family dysfunction at its finest. The secondary characters are well structured and relatable. There is an easy flow to this work that makes for a smooth transition between pages.

Thank you to the author and TSK Publishing for providing this ARC in exchange for an honest review.

View all my reviews

About the Author
Rochelle Katzman spent her childhood penning stories, and at the age of six, she won two creative writing awards. When she was twenty-two years old, she received her Bachelor of Fine Arts (BFA) in musical theatre from Syracuse University. Rochelle is also an international yoga instructor and a life coach. When she’s not traveling the world teaching workshops or helping women to achieve their dreams, she’s at home writing books. She currently lives in New York, but she’d love to move to a beautiful land filled with ethereal fairies and magical castles. Rochelle enjoys spending time with her dog, Henry, when he’s not eating her favorite shoes.