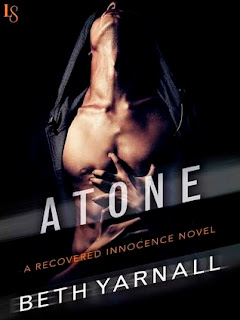 Beau: Six years. That’s how long I spent behind bars for a crime I didn't commit—the murder of the woman I loved. Now I’m free, but life on the outside is a different kind of prison. I don’t know who I am or who I want to be. At least I have my sister, Cora. She never stopped believing in me. She even got me a job at the private investigation agency that cleared my name. And then Vera Swain walks into Nash Security and Investigations and kicks my world on its ass.

Vera: There’s only one thing that would make me come out of hiding after two years on the run: finding my sister. I made the mistake of telling a monster about her, the same monster who beat me and broke me. Now I’m forced to confide in Beau Hollis of Nash Security and Investigations. He looks at me like he knows me—the real me. He sees too much, makes me feel too much. The pleasure he offers is exciting and addictive. But I can’t fall for him . . . because my love could get us both killed.

Beau went from counting the days he spent falsely imprisoned (Vindicate: Book One ~ Between Cora and Beau we counted 2, 271 days that they both served.)to rushing head first into the love of his life. While Beau was counting those six years, the readers of book one was counting along with him.

Now, Beau is free trying to adjust to his new civilian life and what that freedom really means to him. Beau is still heartbroken and hasn’t forgiven is now dead girlfriend for her betrayal. But never fear, redemption and hope come in the form of Vera Swain. Vera is a ballsy young lady who is running for her life but willing to sacrifice it to save her loved ones.

Though not as suspenseful as the first installment of the series, Atone is worth the read. The author meshed both stories together seamlessly, the loose ends from book one are tied up and the readers get to see main characters from the first book as well. What’s really good about Atone is that the main focus of the story is the very relevant subject of human trafficking. With the female lead we get to see another possible facet of how human trafficking works and the abuses that its victims have to endure. Though the language is rough and heartbreaking in some portions (when dealing with this subject) it effectively draws the reader in. More awareness is definitely needed. 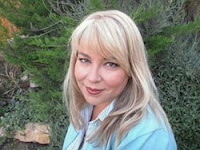 Best selling author, Beth Yarnall writes romantic suspense, mysteries and the occasional hilarious tweet. For a number of years, Beth made her living as a hairstylist and makeup artist and co-owned a salon. Somehow hairstylists and salons always seem to find their way into her stories. Beth lives in Southern California with her husband, two sons, and their rescue dog where she is hard at work on her next novel. For more about Beth and her stories please visit her website- www.bethyarnall.com