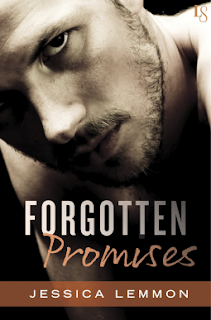 Blurb
Morgan Young had a perfect upbringing, and now she’s got a perfect boyfriend and a perfect future—until her twenty-first birthday changes everything. First Morgan finds out, in the most painful way possible, that her relationship is a sham. But that’s nothing compared to the nightmare about to unfold.

It’s too late for Tucker Noscalo. A brutal childhood left him with a bad reputation and a criminal record. Fresh out of jail, Tucker has a score to settle with Baybrook’s crooked chief of police—his own father. Nobody will believe Tucker’s explosive accusations without proof and a good lawyer, neither of which he has on his side. Until he sees someone he used to know, someone who just so happens to be the daughter of the best lawyer in the county.

He needs Morgan to convince her father of the ugly truth. But first he has to convince her, and he’ll do whatever it takes to get her to listen. Confronted by the story of Tucker’s dark past, Morgan feels utterly compelled to help him. And as their connection grows into a fierce bond fueled by raw passion, Morgan finds herself falling for the wrong guy—but never has the promise of love felt so right.

Review
Unexpectedly intense read with an unexpected hero.The story has a storyline that's just heart breaking. Tucker is an escape artist of sorts. His escapes haven’t been from the prison cell he’d been sitting in. Nor was it from an after hours bank heist. Tucker spent his young life escaping from a nightmare that happened to be his father. So, Tucker the antihero is the only cape worthy figure of this semi dark tale. Even though he’s reluctantly wearing his cape … that heavy mantle of past sins, current nightmares, and future hope. But once confronted with his own personal devil (aka dear ole dad) any hope of the future is fading fast.

Morgan Young is the untainted ‘good girl’ that gives Tucker’s hope new life. Tucker isn’t what Morgan’s perfect life expected but Tucker is what her life needed. You see, Tucker has been her hero long before they reunite in that deserted parking lot. So, at the end of the crappiest birthday she has ever spent, Morgan never expected to get the biggest gift of her life.

Thought Forgotten Promises isn’t the traditional love story it does end with a well-deserved HEA. Tucker’s innocence takes the reader’s breath away and Morgan’s courage helps to move story forward. There are parts of this story that I prayed that the author didn't give a full description because my heart just couldn't take it. There are parts that as the reader I wished I could've scooped the hero up and protected him. This definitely was a good one. Overall rating is 4.5.

~~ ARC was provided by the publisher via Netgalley in exchange for an honest review. ~~